By Leighanne Lockhart/ The Studio

At The Studio, we refer to our newest stylists as “new talents.” The title speaks for itself. We have had several new talents join our team in the past couple years, each bringing something fresh to the table.

This week we are featuring our dearly loved Devin Pittman, a Studio Aveda team member since February 2013. Referred to as “The Dev” or “The Mayor,” Pittman is known around the salon for her contagious laugh, loyal friendship, and her take-charge-and-tell-it-like-it-is personality. 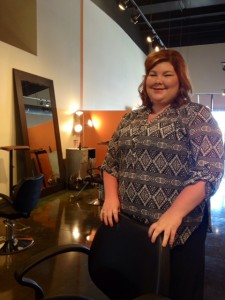 Pittman is from Beaumont, MS where she grew up with Studio team members, stylist Brittany Lott-Merrill and nail and wax technician Kayla Herring. At 20 years old, Pittman chose cosmetology as a career and attended Hatfield’s Mississippi College of Beauty Culture, graduating in January 2013. Just one month later, she was hired as an assistant at The Studio.

“I had never heard of Aveda or The Studio,” Pittman said. “But every time I saw Brittany she would tell me, ‘When you get out of school, give me a call.'”

Hatfield’s job placement director at the time knew Drew Hicks, a long-time employee of The Studio, and also was referring Pittman to the salon.

“It just so happened that Brittany’s ‘awesome place’ and Drew’s ‘awesome place’ ended up being the same place,” Pittman said. “I love it. I love that we’re such a close family here. My co-workers are some of my best friends.”

It was meant to be. Pittman assisted and trained at the salon through January 2014 before officially going out onto the floor as a stylist. She said her favorite service is hair coloring, highlighting/lowlighting, and ombres.

“My favorite moments are when a guest leaves the salon, gets home and either that night or the next day, will call and say how much they love their hair,” Pittman said.

Five years from now, Pittman said she hopes to be a stronger stylist with a stronger clientele. 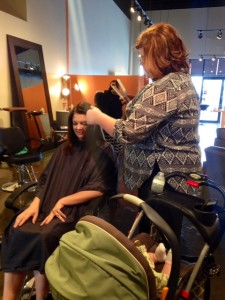 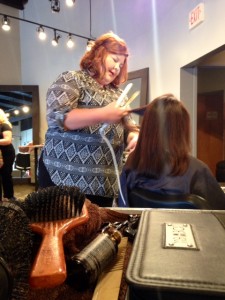 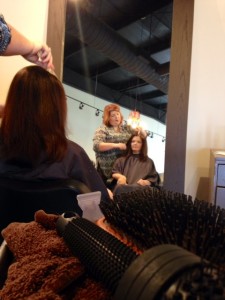 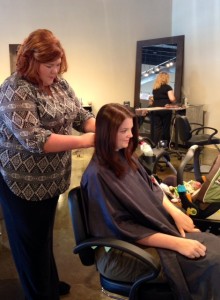