By, Leighanne Lockhart/ The Studio

“Thank you for calling The Studio! This is [insert name here], how may I help you?” 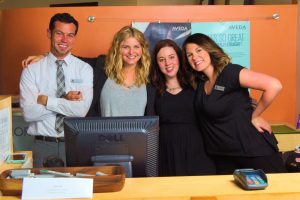 This week we’re putting the friendly voice with the friendly face. At The Studio, we call our front desk team the “front lines.” They do just about everything to serve our guests and assure the days run smoothly. These salon soldiers don’t just answer phones and schedule appointments. Oh no. From making coffee and doing laundry to giving hand massages and educating guests on the products, our front lines make our little salon world go ’round. 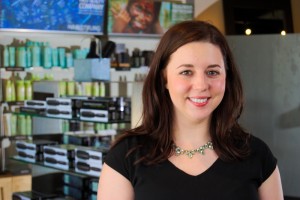 Savannah Smith is the ring leader of guest services at The Studio. Her talent in management skills, organization, and planning has earned her several responsibilities including promotions, employee contests, payroll, inventory and other behind-the-scenes tasks.

“I originally wanted to work in a casino after I graduated, but I could only find opportunities in other parts of the country,” Smith says. “I wasn’t willing to leave my home, and then I eventually found The Studio.”

Smith has been with us since January 2013 and has been happily married for three years.

During her off-time, Smith likes to take her dogs for walks on the Longleaf Trace in Hattiesburg and search for DIY crafts on Pinterest. Here favorite products include Aveda Beautifying Oil and Air Control hair spray. 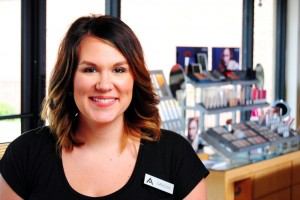 Carson Childers set out to become a hair stylist in January 2013 in her home state of Georgia. She started cosmetology school but then discovered she had the alternate option to apprentice in a salon and get her license that way. After apprenticing from May to November 2013, Childers and her husband moved to Mississippi. Her cosmetology license was put on hold when she found out apprenticing is not accepted in Mississippi.

Childers started serving on our front desk team at The Studio in April and plans to eventually finish cosmetology school and get back behind the chair someday. Till then, the majority of her attention falls on her newborn baby Mason, who was born in June.

Childers refers to herself as an Aveda “product junkie.”

“From the hair to the makeup to the Ergo brushes, I have it all,” Childers says.

Childers plans to organize events seasonally for new product launches and holiday specials. She will be working in our new Laurel location StudioR3 Thursday through Saturday. 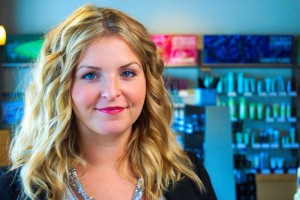 Lucy Lewis worked the front desk at an Aveda salon in North Carolina while pursuing her degree at USC. After graduation, Lewis went on to be a flight attendant and then worked for an insurance company.

She moved to Hattiesburg temporarily for business and has been working part-time for The Studio since April. In addition to her front desk duties, Lewis contributes her graphic design skills to the company, creating logos, a t-shirt design, and other promotional materials.

“I love this work environment,” Lewis says. “I enjoy witnessing all the transformations and happy guests.” 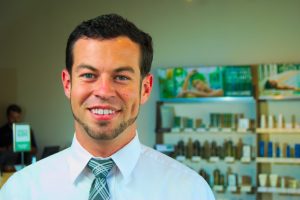 Growing up in California, Robert Greenstreet decided in high school that he wanted to go into youth ministry after college. When his family picked up and moved to Petal, Mississippi, Greenstreet finished high school there and then attended William Carey University in Hattiesburg.

After graduation, he planned to work in his church ministry serving in video production. Instead, a job opportunity opened up at Daniell Motors where he worked for four years. In June, Greenstreet accepted a full-time job at The Studio, where he says he feels like he “hit the jackpot.”

Five years ago, Greenstreet said he fell in love with photography. He is now getting to put that passion to use, shooting professional before and after pictures of guests at the salon as well as other photo needs for the website.

“I’m a really technical person, and before photography I never had an artistic form of expression,” Greenstreet says. “This is it for me, and I love the atmosphere at The Studio.”